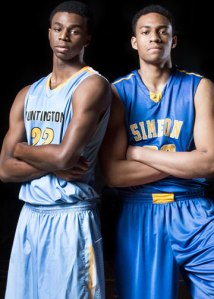 1. Kentucky Wildcats- After a suprisingly bad season, Coach John Calipari will bring one of the most incredible recruiting classes College Basketball will ever see. The loss of former no.1 recruit Nerlens Noel, will be mitigated with the arrival of five out of the top ten high school recruits. Kentucky is also bringing back key players to add to their rotation including PF Willie Cauley-Stein and Alex Poythress. I project Kentucky to go 30-4.

2. Duke Blue Devils- Duke had a tremendous start to last season as C Mason Plumlee was an early candidate for the Wooden Award. They knocked off Kansas, Kentucky and Ohio State in a span of one and a half weeks. The glue that kept this team together was PF Ryan Kelly. When he went down with a foot injury, the team took collapsed. They entered the tournament as a two-seed and lost in the elite eight. This year they bring in highly touted recruit Jabari Parker. In Parker’s junior year of high school, many scouts labeled him the next LeBron James. The Devils had other great recruits including Matt Jones and Semi Ojeleye. former Mississipi St. swingman Rodney Hood will look to contribute to a deep Duke team. Duke lost Mason Plumlee, Seth Curry and Ryan Kelly to the NBA draft. They will still bring back talented guards like Quinn Cook and Rasheed Sulaimon. I think Coach K will lead this team to a 28-6 record.

3. Michigan State Spartans- The Spartans had a scrappy team last year that earned a three seed in the NCAA tournament. Freshman guard Gary Harris was a stud for this team. He shot the ball well and penetrated defenses like he was Allen Iverson. Without center Derrick Nix, it looks as if Adreian Payne will be the dominant big man down low. With a solid veteran lineup I expect this team to be the team to beat in a dominant Big Ten conference. Tom Izzo, a great coach, will be happy with what his team will produce on the floor coming this November. The Spartans will finish with a 29-5 record.

4. Kansas Jayhawks-The Jayhawks have been very successful under Coach Bill Self and there is no reason why they won’t be this year. Coach Self has a great recruiting class coming in, which includes high school phenom Andrew Wiggins. Along with Wiggins, the Jayhawks add highly talented Memphis transfer Tarik Black. The Jayhawk fans will be very happy with the production they will get from this year’s squad. Kansas will go 29-6

5. Louisville Cardinals-Last year’s champs will continue there momentum. Last year’s injury to Kevin Ware gave them a ton of emotional support that lead to the national championship victory. Russ Smith, Chane Behanan, Luke Hancock, and Montrezl Harrell will all be back and will lead the Cards to a good season. Pitino will lead them to a 25-9 record.

6. Arizona Wildcats-We’ve been waiting for the Wildcats to return to dominance for quite sometime now. Zona brings in a terrific recruiting class including stud guard Aaron Gordon and small forward Rondae Hollis-Jefferson. The Cats will be interesting to watch this season. They will go 23-11.

7. Florida Gators- The Gators bring back talented center Patric Young. The Gators also have some nice new pieces like guard Kasey Hill. The Gators will be pretty good this year and will have a record of 24-10.

8. Oklahoma State Cowboys- The Cowboys will bring back talented Frosh Marcus Smart, who if he declared for the draft would have been a lottery pick. LeBryan Nash will prove to be terrific this season and the Cowboys will be very successful. The Cowboys exciting play will prove them as dominant with a 27-6 record.

9. North Carolina Tar Heels- James Michael Mcadoo and P.J. Hairston will look to improve upon last years Heels team. Marcus Paige can only improve from last years dissapointment season. UNC led by veteran coach Roy Williams will have a bounce back season and lead the Tar Heels to a 23-11 record.

10. Ohio State Buckeyes- The Buckeyes will give Michigan State a run for its money in the Big Ten. If DeShaun Thomas had returned for his senior season, this team would have Final Four potential. Aaron Craft’s great defense and leadership skill will lead Thad Matta’s Buckeyes to a 24-10 record.