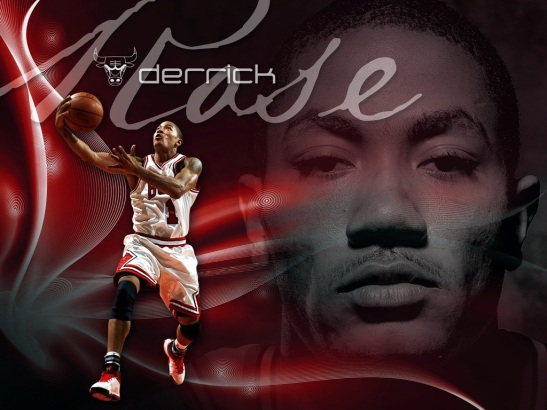 This article is partially realistic, while also partially comical and unrealistic.

Retire
I think that this is the smartest move for Derrick Rose. He’s gotten two major injuries on the same knee within the course of 15 basketball games. He didn’t look the same before this new injury, and with the meniscus tear, the possibility of that seems less likely. If he continues to play, he’s putting himself at risk for major injuries and medical setbacks for the rest of his life, not just his basketball career. Honestly, he’s won an MVP Award, a Rookie of the Year award, and has millions upon millions of dollars. Why risk his future?

Become an ESPN Announcer
Derrick Rose is a very smart man. Well, academically, he’s quite the opposite, but on the basketball court, he’s a genius of the likes of Stephen Hawking. If he took up a gig at ESPN, it would be a win-win for both he and the network. ESPN would gain a lot of popularity and viewership to see what Derrick Rose would be like as an analyst. They would give Rose a giant contract, and he’d make even more money. He’d be a particularly good analyst because he played as recently as last week, and would know more about the current game than the likes of Jalen Rose and his colleagues.

Take up Coaching
Derrick Rose could either pull a Brian Scalabrine, and become an assistant coach at a very young age, or a Jason Kidd, and take over at the head coaching helm for an NBA team. He’d likely be a very good coach, because he can teach the importance of passing, scoring on the fast break, three point shooting, and of course, not overplaying your star players.

Become an Orthopedic Surgeon
Well, being that he’s already undergone two major orthopedic procedures, he’s got to be an expert in this field. Right? Probably not.

Act in Movies
You can see in Derrick Rose’s commercials that he’s an excellent actor. Well, who wouldn’t be a good actor when all you have to do is stare at a camera and shoot a basketball? Well, let’s ignore that and, it’s always possible that he could become the next OJ Simpson, Jim Brown, or Kareem Abdul-Jabbar and be a decently successful actor after an extraordinary athletic career.

Ask for a Trade
It seems very possible that Derrick Rose needs a fresh start. While Chicago is a great team and he is seemingly comfortable in the city, which is his hometown, I feel like a change of scenery could do him a lot of good.

Become a Businessman
D-Rose is a very good negotiator, as can be seen in his monster deals with Adidas and the Chicago Bulls. He could, very possibly, be a very good businessman and make even more money for himself

OR…
Derrick Rose can stay in the NBA
While I don’t think is a smart move, long term, I think that he could still be a very impactful player in the NBA. However, I think he needs to take an even longer recovery than before. While people will grow impatient, he can very possibly be an outstanding player in the NBA, as he used to be.