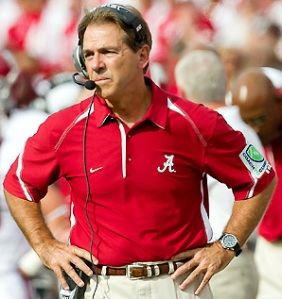 While, after signing his huge extension with ‘Bama, it’s highly unlikely that Saban leaves, he’d be an ideal fit for this Cleveland team. For one, it’s clear that they want to land a high-profile head coach, and many say that that’s the only reason for the team’s firing of Chudzinski. Also, this team has been particularly notable in two areas- the run game and defense. Their run game has been notable due to their poor performance, while the defense has been known for the exact opposite. They ranked 27th in the NFL for rushing yards and 8th in the NFL for total defense. At Alabama, Saban has been known for his exceptional running backs and defenses. If he went to Cleveland, he’d at least have a building block for the running game, as Chris Ogbonnaya is a very good blocking fullback for the Browns. And with the Cleveland defense playing very well, Saban could only make it better. He’d be able to build even further off of cornerback Joe Haden, who is arguably the best corner in the NFL. Also, with the surplus of ‘Bama defenders entering the draft, he’d likely be able to bring in one of his former players at Alabama. Saban usually doesn’t have an exceptional quarterback at the helm in college, as he won his titles with Greg McElroy (drafted 7th round) and AJ McCarron (projected 2nd-3rd round pick in this year’s draft). He’s been able to have those quarterbacks perform very well, however, using something that he calls the “process”, where he values the competitive spirit of the athlete and demands that his players channel that spirit. He could possibly use this to improve Brandon Weeden, Jason Campbell, or Brian Hoyer. Or, he could request that the Browns front office targets his Alabama QB, McCarron, in the upcoming draft. For all of these reasons, he’d be a great fit for the Cleveland Browns.

Again, it’s highly unlikely that Gruden would take this job. Whether it’s due to the lackluster quality of the team, his wanting to stay at ESPN, or existing animosity with the Bucs’ front office, Jon Gruden likely doesn’t want to coach in Tampa. Let’s not forget that after an excellent, 7-year stretch with the team, they fired Gruden in 2009. However, regardless of how realistic a return to Tampa is for Gruden, he’d still be a great fit for the team. Gruden is a quarterback guru, and he could build on the rookie success of Mike Glennon. Glennon outperformed all expectations in his first season, and with Gruden around to mentor him, he could do the same thing in his sophomore season. Also, when Gruden won the Super Bowl with Tampa Bay in 2002, he had a great defense, which included Warren Sapp, Ronde Barber, Derrick Brooks, Simeon Rice, and John Lynch. In Tampa, they have the building blocks for another very impressive defense, with Lavonte David, Darrelle Revis, Mark Barron, DaShon Goldson, Gerald McCoy, and Adrian Clayborn. Not to mention, the Bucs have a superstar running back in Doug Martin, another very good back in Mike James, and two more serviceable running backs in Bobby Rainey and Brian Leonard. That backfield core is far better than the one Gruden had when he led this same franchise to a Super Bowl victory over a decade ago, and that could factor into even more success.

The Lions are certainly not offensively challenged, as they ranked 6th in the league this season for total offense. However, the defense is another story, as they ranked 16th. Ray Horton is the man that orchestrated the 8th ranked Cleveland Browns defense, and he’s supposedly ready to take the leap to head coaching. The Lions have an awful defense overall, but he would have a lot of young talent to work with in Ezekiel Ansah, Nick Fairley, and Ndamakong Suh. If he can get all three of those guys working even better than before, they’d form arguably the best defensive line in the league. If the offensive juggernaut of Stafford-Bush-Megatron keeps performing, and Ray Horton improves the defense, the Detroit Lions can become a force to be reckoned with in the NFL.

The Vikings ranked 31st in the entire NFL for total defense. That is REALLY BAD! Despite his unemployment, Lovie Smith’s importance and defensive genius was still on display this season. How was it on display? Well, he led the Chicago Bears to the 5th best defense in the NFL last season, and this year, they finished with the 30th best defense. Lovie was the heart and soul of the dominant Chicago Bears’ defenses of recent years, and he could bring that to Minnesota. If the Vikings brought in Smith, they’d finish with a top-15 defense in the NFL next season, and that’s a guarantee. On the other side of the ball, the Vikes weren’t too shabby, as they finished 13th in total offense. Even so, Lovie Smith is no fool on offense, either. The building blocks are definitely there with AP, Cordarrelle Patterson, Greg Jennings, and Kyle Rudolph, but they really need a solid QB to bring all of the pieces together. What they’ll likely do is draft a quarterback, but they have three decent QBs on their roster, and seeing what Lovie Smith was able to do with Rex Grossman, he could likely improve one of Cassell, Freeman, or Ponder. 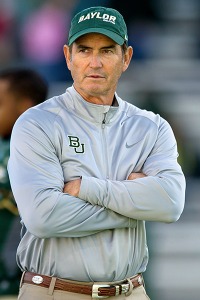 When you have an explosive offense, the defense isn’t a huge necessity. Just look at the 2012 ‘Skins, who made the playoffs, yet had the 28th best defense in the NFL. Art Briles coached Robert Griffin III in college at Baylor, and the phenom’s father has said recently that he wants Briles coaching his son. Baylor’s offense had the most points in the nation this season. They also had the 5th most passing yards and 12th most rushing yards. With RG3 and Alfred Morris, Washington will run the ball a lot, but they’ll pass the ball a good amount, as well. Briles is the kind of offensive mind who places equal significance on passing and running, and that philosophy fits the Washington Redskins perfectly. Baylor’s defense wasn’t awful either this season, finishing with the 20th least points allowed in the nation, but Briles is clearly an offensive coach, and that is exactly what Washington needs. After all, they were a top-20 defense in the NFL this year.  Even though the ‘Skins had a top-10 offense this year, they were very inconsistent. Not to mention, RG3 needs to be developed very carefully, and Art Briles can do that. 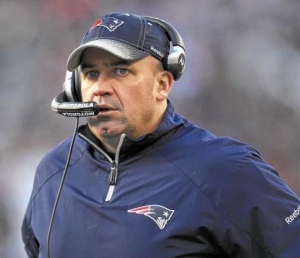 This one’s all but a done deal at this point, so I’m not going to get as deep in analysis. This year the Houston Texans finished 11th in offensive yards, but 31st in offensive points for. They had major troubles reaching the end zone. The offense was criminally bad at times, and O’Brien is the man to fix that. Realistically, he can bring the Texans to the playoffs next season. After all, the Texans were arguably the best team in the AFC last season. Another reason that O’Brien could turn them around so quickly is because when he was brought into Penn State, he wasn’t expected to win right away, what with the NCAA punishments that they had to face, yet he led them to two straight winning seasons. Bill O’Brien also works very well with quarterbacks. He worked with Tom Brady for five seasons in New England, and most would say that O’Brien made Brady even better. O’Brien also produced Matt McGloin, the surprising, undrafted QB who ended up starting several games for the Oakland Raiders, and he performed very well in some games. Whether it’s Case Keenum, Teddy Bridgewater, Kirk Cousins, or somebody else, Bill O’Brien will be able to develop that quarterback and improve his game vastly.