Sean Marks Off To A Hot Start! 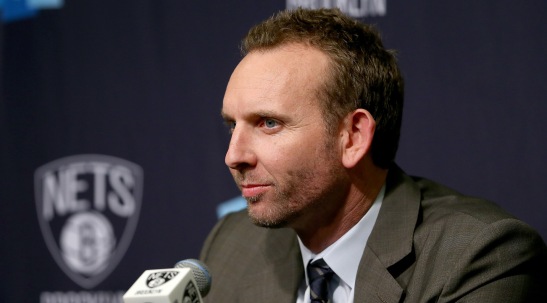 As you may know, I have been cursed by bad basketball over the last eight or so years. With Kidd, Carter and RJ on the road, it looked like the other NBA franchise in the NY/NJ area was ready to start fresh with a brand new rebuild in Brooklyn. Then, we lose the lottery after finishing 12-70. First pick that year=John Wall. Derrick Favors, who the Nets settled on at 3, ends up being traded for All Star point guard Deron Williams. That was cool for a minute I guess. Well, until they gave up the number 6 pick (Damian Lillard) for Gerald Wallace. The Wallace trade set this franchise up to fail. The Nets move to Brooklyn was so fragile that ownership felt they needed bigger “superstar” names who were ready to contribute right away. Former Nets GM Billy King decided to throw every asset left in the bank to try to compete with LeBron and the Heat for the East. Joe Johnson, Paul Piece, Kevin Garnett, Jason Terry….How many are left? Ok, I’m going to end this section here because if I had five hours to rant about the Nets I might run out of storage on this WordPress thing. 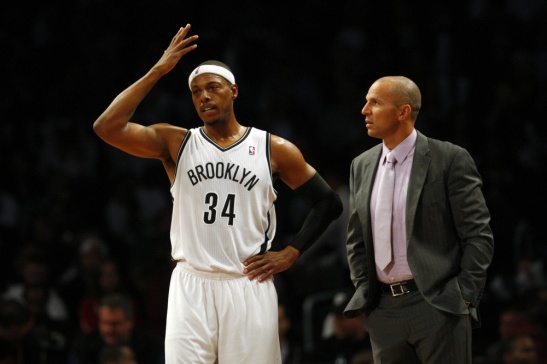 Either way, we are obviously reading this in the present because there is finally a change in Brooklyn. Management, Coaching, Scouting, Players, Draft Picks, Prospects…..

It’s all coming together now. Now GM Sean Marks (the star of this article) has turned the future around in Brooklyn, assembling players and prospects who fit Kenny Atkinson’s system. The team Marks began with had 15 different starters. The only one left: Rondae Hollis-Jefferson. Marks started with no cap space, minimal assets and no draft picks.

Marks’ first signature move as the Nets GM was being aggressive and trading solid veteran forward Thaddeus Young in for the 20th overall pick. Marks knew that he may not be able to replace the starter level quality that Young provided at number 20, which is why they decided to shoot for the stars. Caris LeVert, an athletic scoring guard out of Michigan. LeVert could have been drafted near the lottery prior to his foot injury. Many teams were nervous to take him and mock drafts had him falling deep into the second round. Marks shoved his foot in the ground and after a solid half season of promising highlights it looks like we could actually be developing a good shooting guard in Brooklyn. Could you tell me the last time we did that? Me Neither.

Marks took his aggressive approach into the offseason making large contract offers to restricted free agents Tyler Johnson and Allen Crabbe. Both offer sheets were considerably high especially with how little we know about these two players. With the Heat and the Blazers matching the offer sheet, the Nets had the financial flexibility to make a much smarter move in investing in a more known commodity like Jeremy Lin. Lin had his ups and downs as he was pushed around from team to team to team. However,  Kenny Atkinson had coached Lin in the past and the duo have had success. Marks rewarded Atkinson with the right guard in a good fit.

However, the team still only had Lin, Brook Lopez and a handful of projects. Marks decided to be shrewd with how he spent the rest of the team’s cap space. He decided to give contracts to players like Luis Scola, Justin Hamilton, Anthony Bennett and Greivis Vasquez who could help the younger players acclimate to the NBA. He knew that he could move these contracts if there was an opportunity.

With Lin getting hurt, we never really got a chance to find out how good the Nets could have been. Even when he returned, the rest of the team struggled to go back to their normal race and they quickly fell down the standings.

The Nets had some excitement this season especially with the promising mid-season debut of Caris Levert. LeVert’s surprising athleticism was beautiful for Marks to see. His potential as a 3 and D scoring wing is rising every single day. LeVert’s upside wasn’t the only time Nets Nation got excited about the future. The deadline provided Marks the opportunity to sell high on Bojan Bogdanovic. The Nets were able to grab the 22th pick in the draft, making it two years in a row where the Nets were able to regain their draft position. Marks also invested in a couple of project guards who may stick around for the short term in Archie Goodwin and Spencer Dinwiddie. Both players have provided nothing less than what the organization has expected after giving them a shot on ten day deals.

The Nets started to figure out the present as well. Towards the end of the season, they won four out of seven games in the month of April. Atkinson finally got the puzzle pieces to all work when he decided to play a small ball line up with Rondae Hollis-Jefferson inserted at the four. Hollis-Jefferson’s quickness and length made it hard for less athletic power forwards. On the offensive side of the ball, the front office realized that you can hide Hollis-Jefferson’s shooting more at the power forward position. And with Brook Lopez turning into an automatic flat-footed jump shooting machine, the Nets could afford to give Hollis-Jefferson quality minutes as a starter.

This paragraph will be the hardest one for me to write, so if you are still with me but fading out, just hit the red tab and throw on the Summer League or something (I don’t blame you I’m watching the summer league as I’m writing this). Ok, now on with it. Brook Lopez is finally traded. For years, Lopez has been thrown in almost every trade rumor possible. Could you believe at one point the Nets were willing to move Brook Lopez and two first round picks for Dwight Howard. Last time I checked, Michael Jordan  traded like six nickels and a half pound of some North Carolina Pulled Pork for Dwight Howard. Brook Lopez was the Net we didn’t deserve.

Nevertheless, this article isn’t about Bro-Pez, its about the man that traded him. Marks took advantage of Lopez’s expiring contract in order to create cap space. The Nets would have had to pay a ton to keep Lopez and were able to turn that into a 21 year old point guard with a ton of ability. D’Angelo Russell should be ready to play alongside Lin in Kenny Atkinson’s fast-paced offense. Even though they had to take on Mozgov’s contract, they will have a quality NBA center who can give you solid minutes while the team searches for a new big man to replace Lopez. D’Angelo is still so young and could easily become the face of the franchise. 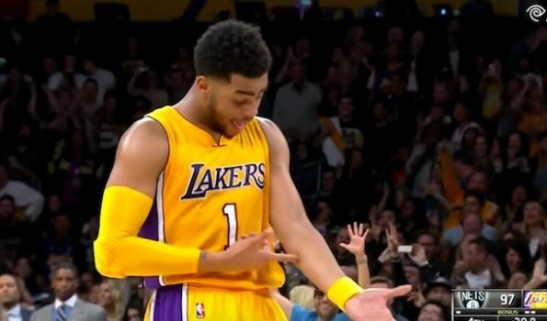 I was triggered to write this article because of Marks’ last move. Trading Justin Hamilton (who?) for DeMarre Carroll and being able to pick up a first and second round pick next year. Not only has Marks dug the Nets out of draft pick hell, but he has been able to acquire first round talent every year. He has cleaned the house and built the franchise with good young players who look to turn the organization around. We will see how former Texas freshmen Jarrett Allen turns out, but even if they do miss at least they got a chance to raise a prospect. Thankfully, we have restocked and added crucial young talent into Kenny’s system. We will see how the rest of Marks’ tenure goes, but at least we have seen a very promising start from Marks in just under a year and a half.

Keep it up kid! 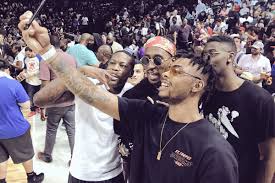 This entry was posted on July 9, 2017 by Dylan Bernstein in Uncategorized.